Hello! My name is Vincent Delesvaux and my light painting work goes under the artist name of Diliz.

I’m french and I live in Lyon.

I’m a professional photographer and I’ve been doing Light Painting since 2008.

How did you get started in Light Painting?

I first started Light Painting whilst in Barcelona thanks to a friend I met while travelling. He introduced me to the practice of night photography and drawing with light.

What is this technique for you?

Light painting is a creative technique that allows you to create things in an existing frame, to transform reality, to draw, to illuminate the environment with precision and, through all that, allows you to tell stories.

I really like being able to transform reality through photography.

What style defines you?

What kind of work do you usually do?

I really like working on a series of photos; having an initial idea and then realising it in different ways.

I have been using my body a lot for a while to create a series of photos around the concept of aura with the name “Fighting with EGO” and more esoteric photos against a wall with the series “Inside-out”.

I made a series of photos of one-line drawings of faces made with birthday sparklers, entitled “60 seconds to find an exit”.

Lately I have been trying to work in a more naturalistic way with soft lighting of the environment and very minimalist light painting: just a line or a few dots.

Nowadays I’m also trying to make the light’s origin and its integration into the photo more realistic.

What has been your biggest photographic challenge and/or your most difficult photo to achieve?

It took me some time to make correctly exposed plates on positive film.

I am also very proud of a video I made for the series “60 seconds to find an exit” which is made up of 2000 photos and 800 birthday sparklers. It was 4 nights of work plus editing for one minute of video.

You can see the video here:

What equipment do you usually use?

The equipment depends very much on the series I’m working on. In the past I have used EL wire, a simple torch against a wall, birthday sparklers for drawing and more recently I have built a telescopic tool that uses an incandescent bulb.

What is your favourite tool? Why?

I don’t have favourite tools, it depends on the moment, I like everything, everything has its use depending on the story that we want to tell.

If you could only keep one photograph, what would it be?

I would keep an analogue photo: a stereoscopic view taken in Manosque in 2019… I spent a lot of time there and this image transmits peace to me.

It’s a rock under the moon with a line. 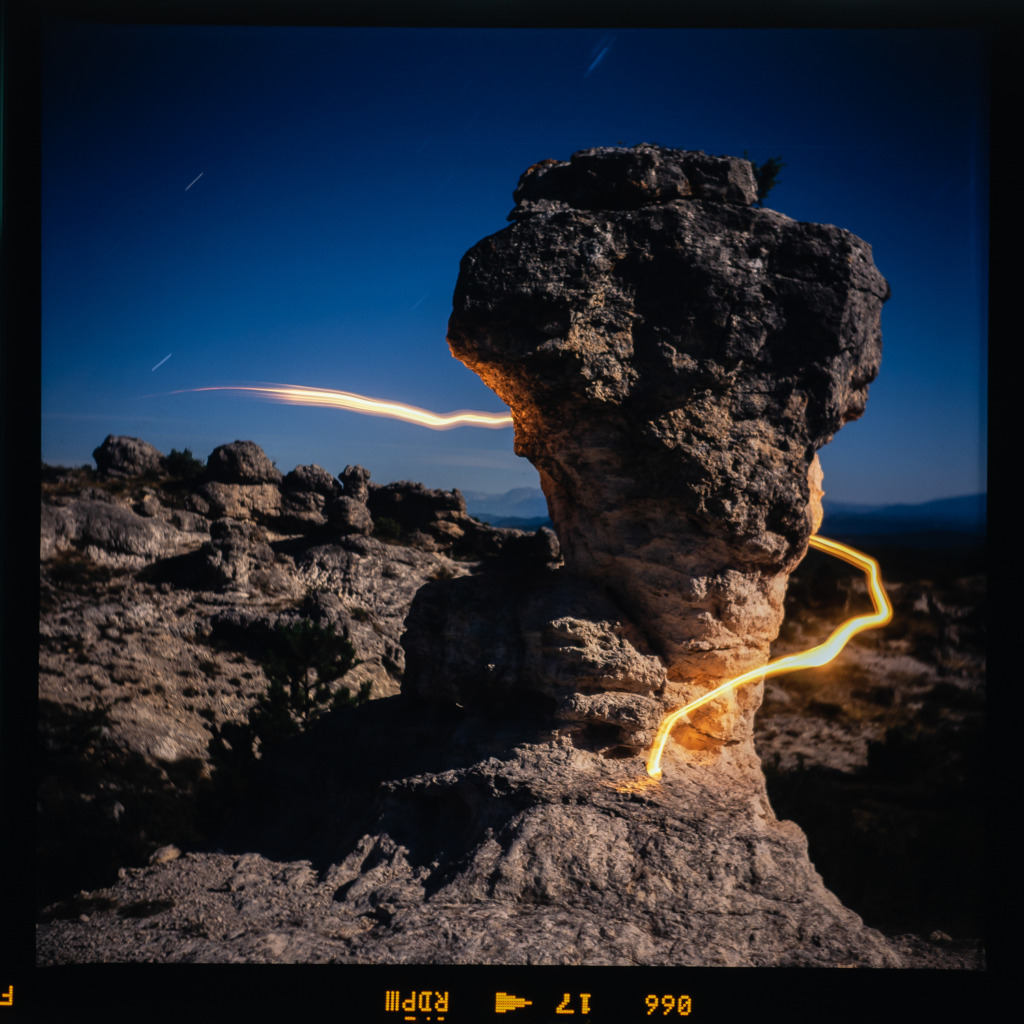 Can you tell us any memorable anecdote about doing Light Painting?

Light Painting for me has always been an adventure, an inner adventure at first and then discovering the world:

Being alone in abandoned factories, sleeping in dilapidated places to enjoy the locations as much as possible or in temples in Burma, Cambodia, trying to avoid guards, running away from stray dogs, or with an international team in China in a storm to make a giant Light Painting….

I don’t want to go into details, but what I want to underline is that this photographic practice is necessarily on the margins and therefore always an adventure.

What are your next projects?

I made 3 360° videos using the Light Painting technique for a hiking trail in the Forez in France.

I also started to make a documentary on French-speaking Light Painting, which is still being edited.

What advice do you give to new Light Painters? 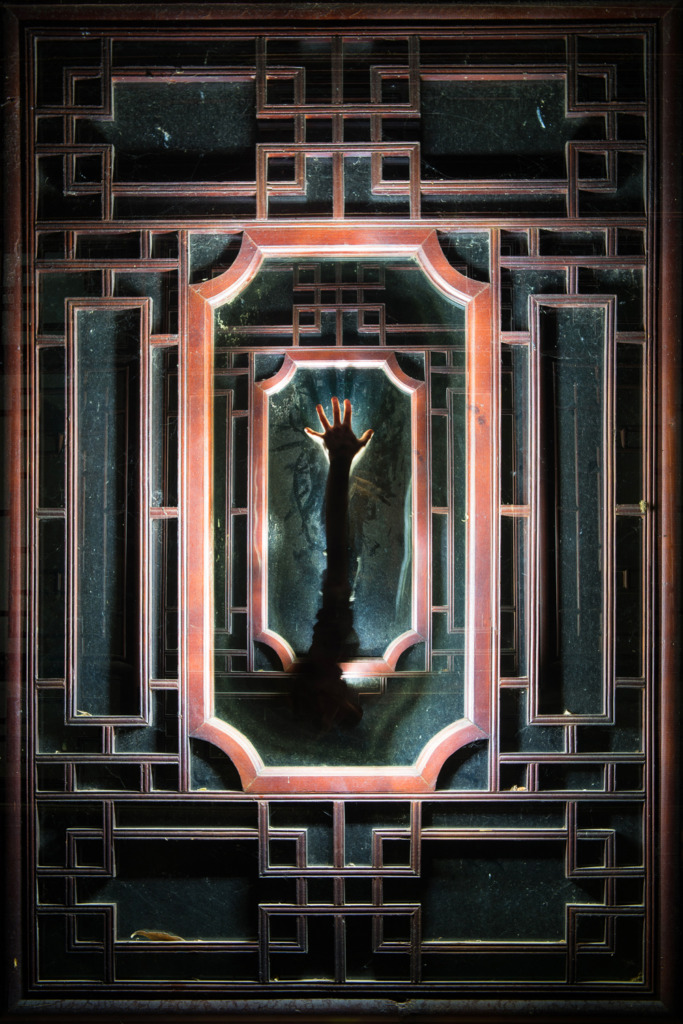